DANAT CEO, Kenneth Scarratt stated that “DANAT’s participation in the JUNWEX exhibition in St. Petersburg is another milestone for us. It’s a testament to what DANAT has achieved in the gemological field in less than two years. DANAT is one of the important projects to be implemented as part of the continuous pursuit of the Bahrain Economic Vision 2030 and plays a central role in the preservation of Bahrain’s reputation and historical heritage as a world-class center for natural pearls”. Scarrat added that “It is only natural to have the Kingdom of Bahrain represented at a seminar about the pearling history, and it further shows the reach of Bahrain’s pearling history”.

DANAT’s Business Development Manager, Ali Al Dailami, addressed the seminar and gave a presentation covering the importance of Bahrain’s pearling heritage and how it remains one of the most important elements of Bahraini culture. The presentation elaborated about the lengths which the government of Bahrain has taken and continues to take in order to protect the pearling heritage. Bahrain is the only country in the world which by law bans the trading of cultured pearls.

As part of the presentation Al Dailami also spoke about the relevance of freshwater pearls in the Russian history and compared scientific elements between the freshwater and saltwater pearls, which are found in the Arabian Gulf region. Al Dailami highlighted that the first ever pearl grading system for natural pearls will be implemented by DANAT and the Pearl Symposium and will be take place in Bahrain along with the CIBJO Congress in 2019. DANAT’s scientific authentication reports were also on display, showcasing the different types of reports produced for pearl, gemstones and jewellery items.

Ali Al Dailami commented saying “It is a huge privilege and honor for DANAT to have been invited to conduct a presentation about the pearling history in Bahrain and Russia at an international exhibition of this caliber. This is a testament of the developments DANAT has made in becoming one of the leading and reputable laboratories in pearl testing and education, surely this sets a benchmark of things to come in 2019” 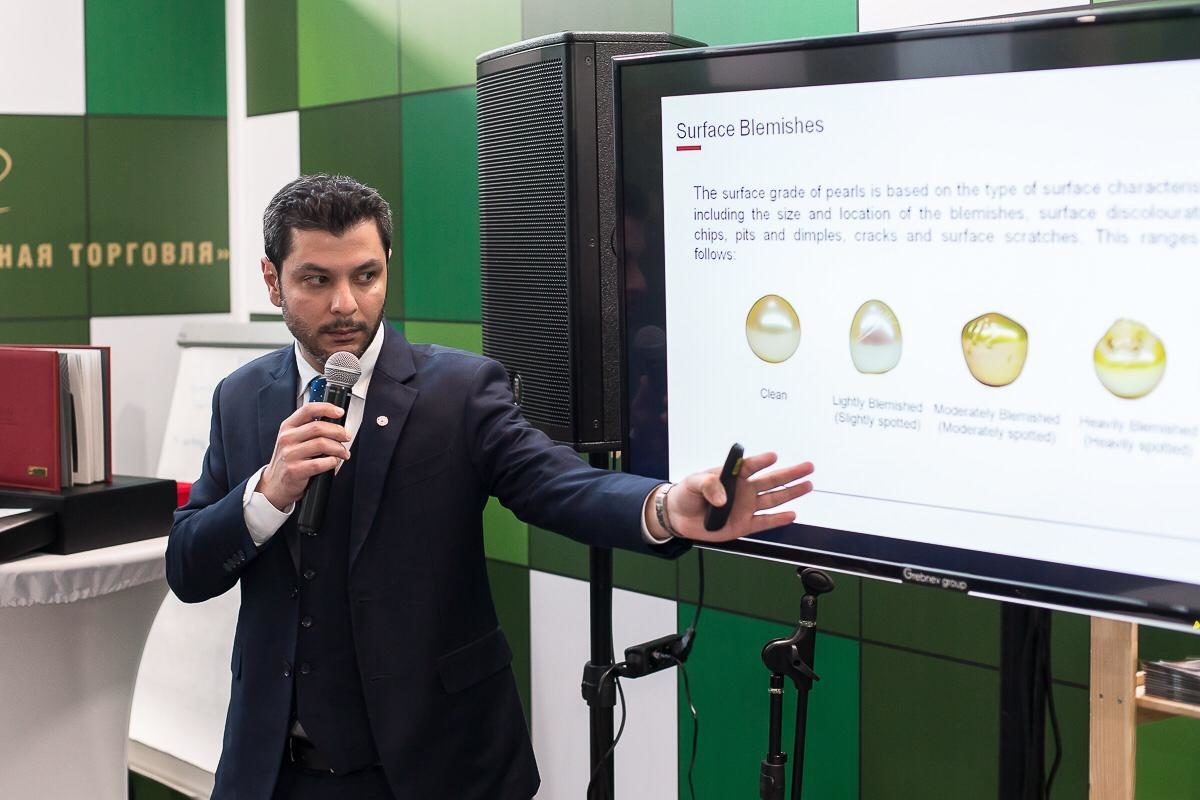